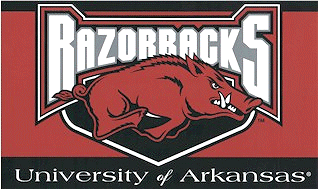 Volunteering your time is one of the most valuable items you can give. Ordinarily, most college students can find numerous groups on campus to volunteer for, but when Steve Sparks discovered that the University of Arkansas did not have a Colleges Against Cancer program, he decided to create his own.

After his father, Jim, was diagnosed with stage three colon cancer, Sparks wanted to do what he could to fight the disease. "I was looking for a good opportunity to volunteer and to bring awareness to colon cancer," says Sparks, who is a native of Beebe, Ark. "The American Cancer Society deals with every type of cancer."

For the past two years, Sparks has been president of the Colleges Against Cancer program. With 120 active members, Sparks' efforts have been a huge success on campus. "We are the fourth largest club on campus, there are no dues, and everyone contributes," says Sparks.

The group participates in several American Cancer Society activities including the Great American Smokeout and Relay For Life. Last year, the campus hosted its first Relay For Life and raised $10,000.

Today Sparks is proud to report that his father has been cancer free for seven years. And he has no doubt that the group he started will continue to be a success after he graduates this May. "We are well prepared, we have 15 chair positions, and anyone who takes over will be in good hands," he says.

Upon graduating, Sparks plans to attend Optometry school at the Southern College of Optometry in Memphis or North Eastern State University in Tahlequah, Oklahoma.

For more information on volunteering or the programs offered by the American Cancer Society, call 1-800-ACS-2345 or visit www.cancer.org.

There will be a bake sale in the Comfort Cafe at Mena Regional Health System on Tuesday, November 25th from 6:30 A.M. until 10:30 A.M. All proceeds will go to the Polk County relay For Life.

History of Relay For Life Relay For Life is a life-changing event that brings together more than 3.5 million people to:

• Celebrate the lives of those who have battled cancer. The strength of survivors inspires others to continue to fight.
• Remember loved ones lost to the disease. At Relay, people who have walked alongside people battling cancer can grieve and find healing.
• Fight Back. We Relay because we have been touched by cancer and desperately want to put an end to the disease.

One person can make a difference. Nowhere is that more evident than with the story of the American Cancer Society Relay For Life, which began in Tacoma, Washington. In the mid-1980s, Dr. Gordy Klatt, a Tacoma colorectal surgeon, wanted to enhance the income of his local American Cancer Society office and to show support for all of his patients who had battled cancer. He decided to personally raise money for the fight by doing something he enjoyed – running marathons.

In May 1985, Dr. Klatt spent a grueling 24 hours circling the track at Baker Stadium at the University of Puget Sound in Tacoma. He ran for more than 83 miles. That first year, nearly 300 of Dr. Klatt's friends, family, and patients watched as he ran and walked the course. Throughout the night, friends donated $25 to run or walk with Dr. Klatt for 30 minutes. His efforts raised $27,000 to fight cancer.

While circling the track those 24 hours, Dr. Klatt thought about how others could take part in his mission to fight cancer. He envisioned a 24-hour team relay event that could raise more money to fight cancer. Over the next few months, he pulled together a small committee to plan the first team relay event, known as the City of Destiny Classic 24-Hour Run Against Cancer.

In 1986, with the help of Pat Flynn – now known as the “Mother of Relay” – 19 teams took part in the first team Relay event on the track at the historic Stadium Bowl and raised $33,000. An indescribable spirit prevailed at the track and in the tents that dotted the infield. In 2009 there will be Relay For Life events in over 5,000 communities. Check and see if you community is one of them, and if it is plan to participate.

This Little Light Of Mine

Video from the Mid-South Division Relay For Life Leadership Summit in Nashville, Tennessee. A cancer diagnosis is a journey filled with many new and different experiences for survivors. Within the American Cancer Society Relay For Life activities and events, we strive to demonstrate respect for the many ways in which each person touched by cancer defines themselves and their experiences.

The American Cancer Society considers a cancer survivor to be anyone who defines himself or herself this way, from the time of diagnosis throughout the balance of his or her life.

Survivors are a very important part of every Relay for Life event. There are a variety of creative ways we celebrate our survivors, whether it is enjoying a reception, walking in the opening lap, wearing a survivor t-shirt, or being honored during the luminaria ceremony. Survivors are the reason we relay. At last years Relay For Life event here in Mena, I was talking with a survivor who told me, “without those who support and participate in Relay For Life and other fundraisers and research efforts, I wouldn’t be a survivor.”

That in a nutshell is why those of us who are involved in Relay for Life give of our time, effort and money. We want more survivors! What a busy few days we have had. Last Thursday morning, we headed for Nashville, Tennessee. We met the rest of the Relay For Life Leadership Summit attendees from our area in Little Rock. We caravaned with them to Jackson, Tennessee where we stopped for the night. When we entered the hotel we were met with a sign greeting us. After a good nights sleep we headed towards Nashville. The autumn colors were exceptional. I have never traveled on an Interstate highway that was so beautiful. We stopped at a rest area, and I took a few pictures of the fall foliage. We arrived at the Opryland Hotel at around 11:00 A.M. If you have never seen the Opryland Hotel, I can't really explain it to you. It is the largest hotel in the U.S. that doesn't have a casino. It has 2,881 guest rooms and over 600,000 square feet of meeting space. The hotel is spread across nine acres and includes a natural indoor atrium that features winding rivers, walking paths, marvelous landscaping, and peaceful waterfalls year-round. We checked into our room, and then registered for the Leadership Summit. There were over 1200 people attending the Relay For Life training event. There were Relayers from the six states of Alabama, Arkansas, Kentucky, Louisiana, Mississippi and Tennessee along with special guests from South Africa. The Leadership Summit was the first-ever divisionwide Relay For Life training event. There were inspirational speakers, and lots of information at the breakout workshop sessions.

I really enjoyed the summit, but being that crowded does make me a bit uncomfortable. There were more people in the hotel than people who live in my hometown of Mena. As crowded as the Relay For Life summit was, It was only one of several conventions that were occurring in the hotel. One of the most inspiring things was when we were introduced to a young girl who was a cancer survivor. Even though she was blind, you could feel her enthusiasm for life. She sang "This Little Light Of Mine", as all of us in the audience shined our flashlights.

The Leadership Summit left Gina and I inspired and full of ideas for the Relay For Life that will be held here in Polk County in 2009. GINA AND I WITH OUR ACS STAFF PERSON STINA

Gina and I are leaving today for the Relay For Life Leadership Summit to be held at Opryland Resort and Convention Center in Nashville, Tennessee the 7th and 8th of November. We are looking forward to attending.

Relay For Life is the American Cancer Society’s signature activity. It offers everyone in a community an opportunity to participate in the fight against cancer. Teams of people camp out at a local high school, park, or fairground and take turns walking or running around a track or path. Each team is asked to have a representative on the track at all times during the event. Relays are an overnight event. Teams of people from all walks of life have fun while raising much-needed funds to fight cancer and raise awareness of cancer prevention and treatment. The event in Mena was great. It was held in beautiful Janssen Park and was very successful. There was great entertainment and it was very well attended. The purpose of Relay For Life is to celebrate the lives of those who have battled cancer. The strength of survivors inspires others to continue to fight. Remember loved ones lost to the disease. At Relay, people who have walked alongside people battling cancer can grieve and find healing. Fight Back. We Relay because we have been touched by cancer and desperately want to put an end to the disease. I am involved in Relay For Life for a number of reasons. The number one reason is because my wife is passionate about Relay. She has such a passion for Relay For Life that it rubs off on those around her. Her passion stems from her family history. Her mother died of cancer when Gina was just 21 years old. Her father had colon cancer, and all three of her sisters have had breast cancer. She is the only person in her immediate family that is cancer free.

Several years ago, Gina's sister Roberta got involved with Relay For Life in Enumclaw, Washington. For a number of years, Gina would travel to Enumclaw to be a part of Relay For Life there. Two years ago, we learned that Polk County was going to have a Relay. We got involved in the 2007 Relay, and have been involved ever since.

My uncle, Delbert Lawry, died from cancer a couple of years ago. I lost not only an uncle, but a friend and someone who was willing to help anytime. I have come to realize the importance of the work that the American Cancer Society does. It is involved in research, prevention, and helping those who are dealing with cancer.

Just about everyone has been affected by cancer in one way or another. Relay For Life is a fun way to raise money and awareness for the American Cancer Society. There is probably no other cause that a person can support that touches more lives. Relay celebrates those who have battled cancer, it remembers those who have fallen, and it provides a way to fight back. That is why I am proud to be a part of Relay For Life. I hope that you will be a part of Relay For Life too.

Posted by Richard Lawry at 7:41 AM 1 comments