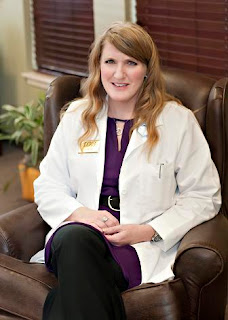 Dr. Kris Gast is a board-certified radiation oncologist. She has been in practice for 21 years, the last 13 at Fort Smith Radiation Oncology in Fort Smith. Her column, Cancer Demystified, appears the first Wednesday of every month in the Times Record. 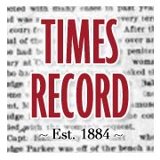 Back in 1946, no funding for cancer research, federal or otherwise, was available. Mary Lasker, an American health activist and philanthropist, was the first person to address this problem and to see research funding as the best way to promote public health. The American Cancer Society Research Program was “born” because of Lasker’s fundraising.

Things we take for granted — things we assume have always been there — are present only because of the American Cancer Society. The extensive list of medical advancements made possible through the ACS is impressive.

Since 1946, the ACS has funded 46 scientists who went on to win the Nobel Prize. The pap test for cervical cancer, chemotherapy for childhood leukemia, the double helix of our genetic material, the link between smoking and cancer, the link between sex hormones and breast and prostate cancer, the idea of combining multiple chemotherapy drugs and the discovery of growth factors have all been discovered by funded researchers of the American Cancer Society.

All of these that we take for granted were funded by money raised by volunteers, and all before 1960.

Since the 1960s, the ACS has continued to be responsible for significant health tools. For example, the ACS can be thanked for the $1 million invested in the 1970s to demonstrate that the mammogram was the best tool to detect breast cancer early.

What is the source for the funding of these important past and potential future medical advancements? The American Cancer Society has one staff member for every 400 volunteers. Who are these volunteers? They are you and I.

Every year around the world, volunteers raise money by participating in Relay For Life. Relay For Life is an organized, overnight community fundraising walk where teams of people camp out around a track with members of each team taking turns walking around the track to symbolize the journey cancer patients take.

In addition to raising money for continued research, Relay For Life benefits our local cancer patients by providing gas vouchers for treatment, hosting “look good feel better” programs and providing trained cancer information specialists who can answer questions 24 hours a day, every day of the year, toll-free at (800) 227-2345.

In summary, the American Cancer Society not only uses money raised to fund researchers working tirelessly to find a cure for cancer but also gives back at the local level through their programs.

The best way the community can help in this fight is to participate in their local Relay For life.

Because cancer never rest or sleeps, neither do Relayers.