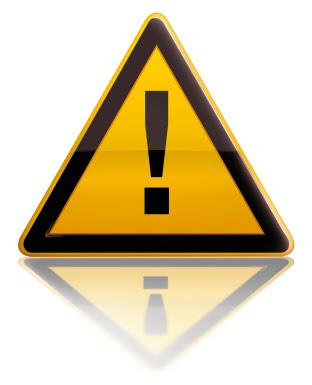 A new study reconfirms something often forgotten by women and sometimes even by doctors: just because breast cancer has not struck a family before does not mean family members are safe from the disease.

Researchers tracking more than 6,000 women for up to six years found that most cases of breast cancer occurred in those without a family history of the disease, although many of the women had other known risk factors that can help predict an individual woman's likelihood of developing the disease.

Breast cancer accounts for about a quarter of all cancers in women, with nearly 200,000 new cases of invasive breast cancer -- disease that has spread beyond the milk ducts or milk-making glands -- diagnosed in the U.S. every year.

"I have newly-diagnosed breast cancer patients ask me all the time how they could have developed the disease since they did not have a family history," researcher Dr. Lawrence Wickerham of the National Surgical Adjuvant Breast and Bowel Project (NSABP) Allegheny Center, in Pittsburgh, told Reuters Health in an e-mail.

Prior studies have shown that more than 70 percent of primary care doctors ask women about their family histories, while less than half collect information on other known risk factors such as whether a woman's period began before age 12 - which raises risk - or whether she has given birth, which lowers risk.

Wickerham, along with lead researcher Angelina Sontag, of Eli Lilly and Company, and their colleagues analyzed the roles of various risk factors among 6,322 postmenopausal women who had participated in two large trials of osteoporosis medications. (Eli Lilly and Company, a maker of breast cancer treatments, also funded the current study.)

At the time of each trial, all of the women were under 86 years old and none had received a previous diagnosis of breast cancer.

The team used the Breast Cancer Risk Assessment Tool (http://www.cancer.gov/bcrisktool), an online questionnaire developed by NSABP and the National Cancer Institute, to go back in time and predict the odds that the women would develop invasive disease over the next five years.

The risk calculator incorporates age of first menstruation, current age, ethnicity, reproductive history, prior breast biopsies and family history. Its score, on a scale of zero to eight, represents a woman's five-year risk as a percentage.

Some 600 women in the study group -- approximately one in ten -- had a family history of breast cancer and nearly all of these met the predictive tool's definition of high risk: a score of 1.66 percent or above.

More than half of the remaining women without family histories of breast cancer also fit into the high-risk category, however.

A total of 92 women, or 1.5 percent of the study population, went on to develop invasive breast cancer over an average follow-up period of 4 to 6 years. As expected, the actual rate of breast cancers increased with the predicted risks, as well as in the presence of a family history.

Nevertheless, more of the total number of breast cancer cases ended up being reported in women with predictions below the high-risk cut-off or without a family history.

Close to half (40) of the women who developed the disease received a risk score below 1.66 percent, for example, and nearly two of every three (60) diagnosed women had been assigned risks between 1 and 2 percent and had no family history of breast cancer.

"The single largest risk factor for developing a breast cancer is being a woman and the second largest is being a women over 50," said Wickerham. "However, there are some women who are at greater than average risk, particularly those with a family history."

The most common known risk factors found in the study population were being at least 65 years old and beginning menstruation before the age of 12, report the researchers in the journal Menopause.

"Physicians and other health care providers should consider using methods beyond asking about family history to access breast cancer risk," added Wickerham, alluding to the Breast Cancer Risk Assessment Tool. "Such efforts can help better identify women at increased risk and can better focus screening and prevention strategies for them."

Posted by Richard Lawry at 7:19 AM 0 comments