Why Should I Donate To Relay 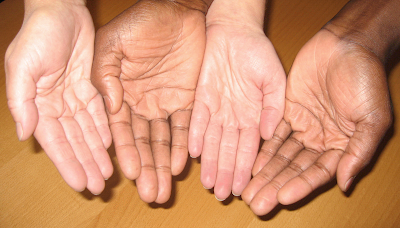 Thanks in part to the generous contributions to the American Cancer Society Relay For Life, the Society is saving lives by helping people stay well and get well, by finding cures, and by fighting back. These are just a few examples of how contributions make a difference in the Society’s lifesaving mission.

* Our telephone counseling service, the American Cancer Society Quitline®, doubles a person’s chances of quitting tobacco for good.
* We develop guidelines for recommended cancer screenings and nutrition and physical activity, so people know what tests they need to find cancer early and how to help prevent the disease.
* We provide tips, tools, and online resources to help people set goals and stay motivated to eat healthy and maintain an active lifestyle.

* Our phone lines are open every minute of every day and night to help connect people with the answers they need. Each year, we provide information, help, and support to the nearly one million individuals who call us at 1-800-227-2345. In addition, our Web site, cancer.org, offers access to the latest information and news on cancer and helps people locate programs and services in their area.
* We offer an online support community for cancer survivors and caregivers to share stories and find support.
* We assist cancer patients in need with getting transportation to and from their treatments and offer help with free lodging for cancer patients and their caregivers.
* Through our clinical trials matching service, we connect patients with thousands of different treatment options.
* With sites at hospitals and treatment centers across the country, our American Cancer Society Patient Navigator Program provides one-on-one guidance to people facing cancer through every step of their journey.

* We’ve had a hand in nearly every major cancer breakthrough of the last century, including confirming the link between cigarette smoking and lung cancer, establishing the link between obesity and multiple cancers, developing drugs to treat leukemia and advanced breast cancer, and showing that mammography is the most effective way to detect breast cancer.
* We’re the largest private funder of cancer research in the United States.
* We fund researchers with cutting-edge ideas, often early in their careers. Of the researchers chosen for Society funding, 44 have gone on to win the Nobel Prize, the highest honor in scientific achievement.

By supporting Relay For Life, you help make the American Cancer Society’s mission possible, and that helps us all move closer to our ultimate goal: a world with less cancer and more birthdays.

Posted by Richard Lawry at 8:41 AM 0 comments

Stand Up To Cancer Telethon 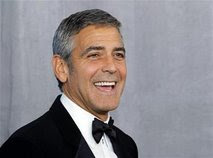 Cancer is an equal opportunity disease. Every race, color, gender and age is susceptible to the more than 100 different types of cancer that have been identified. Cancer doesn't care if you're rich and famous or poor and unknown. It can strike at any time. And even if you catch it early and receive proper medical treatment, cancer may still kill you.

According to the American Cancer Society, about 11 million people in the United States have had some type of cancer. Every minute, one person dies from the disease. Research to find a cure -- or better treatments options -- is ongoing, but more funds are needed.

On Friday night, The Stand Up to Cancer telethon hopes to raise those funds. Hosted by Katie Couric, Diane Sawyer and Brian Williams, the star-studded event will run simultaneously on ABC, CBS, FOX, NBC and more than a dozen cable stations, in the hopes of reaching the largest audience.

"On Sept. 10, we'll send a resounding message: We can cure cancer. It's going to take guts, brains and the ongoing support of the public, but we can do this," Laura Ziskin, a Hollywood producer and cancer survivor, said.

Posted by Richard Lawry at 6:49 AM 0 comments