20% Lower Risk of Death From Cancer 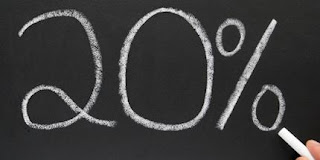 Annual statistics reporting from the American Cancer Society shows the death rate from cancer in the US has fallen 20% from its peak in 1991. “Cancer Statistics, 2013,” published in the American Cancer Society’s journal CA: A Cancer Journal for Clinicians, and its companion piece “Cancer Facts & Figures 2013,” estimates the numbers of new cancer cases and deaths expected in the US this year. The estimates are some of the most widely quoted cancer statistics in the world.

Death rates continue to decline for lung, colon, breast, and prostate cancers, which are responsible for the most cancer deaths. Since 1991, death rates have decreased by more than 40% for prostate cancer, and by more than 30% for colon cancer, breast cancer in women, and lung cancer in men. The large drop in lung cancer is attributed to reductions in smoking, while the large drop in prostate, colon, and breast, cancer is attributed to improvements in early detection and treatment.

While the rates of new cancer cases are declining for most cancer sites, they are increasing among both men and women for melanoma of the skin, and cancers of the liver and thyroid.

The reports call for applying existing knowledge about fighting cancer across all segments of the population, especially groups in the lowest socioeconomic bracket, as a way to speed progress against cancer. The American Cancer Society estimates that about one-third of cancer deaths in 2013 will be caused by tobacco use and another one-quarter to one-third will be related to overweight or obesity, physical inactivity, and poor nutrition.

“In 2012, Americans had a 20% lower risk of death from cancer than they did in 1991, a milestone that shows we truly are creating more birthdays,” said John R. Seffrin, PhD, chief executive officer of the American Cancer Society.

Posted by Richard Lawry at 2:17 PM