By the age of 22, Richard Hughes was a graduate student at the University of Arkansas at Little Rock and had been promoted to the Arkansas State Board of Health by Governor Huckabee. But in March of 2006, his life took a drastic turn. Hughes was diagnosed with an aggressive brain tumor, stage four Glioblastoma.

Hughes' neurosurgeon opted for a craniotomy and chemotherapy. After getting a second opinion, Hughes learned that he actually had Ganglioglioma grade 2 cancer and, assuredly, a more curative cancer. "Cancer turned my life upside down," says Hughes. "It made me assess my life. My faith got me through it."

Now cancer free, Hughes uses his position on the State Board of Health to help others who are fighting cancer. A graduate student at UAMS, Hughes is getting his Masters in Public Health and is focusing on public health campaigns in Arkansas. "Growing up my focus was on politics and policy, and after having cancer, my perspective shifted to health policy," says Hughes.

Hughes is also active in American Cancer Society advocacy initiatives, including volunteering for the ACS CAN Fight Back Express bus that rolled through the state in July 2008. He has also had the opportunity to lobby in Washington D.C., along with other volunteers, for FDA regulation of tobacco products and for increased funding for cancer research.

A Jonesboro native and graduate of Arkansas State University, Hughes is enjoying his time working to promote health policy throughout the state. "I want to help others who are facing cancer, and health policy is my niche," says Hughes.

For more information on the American Cancer Society's advocacy initiatives or how to become a volunteer, call 1-800-ACS-2345 or visit www.cancer.org/takeaction.

Cancer Will Be World's Top Killer 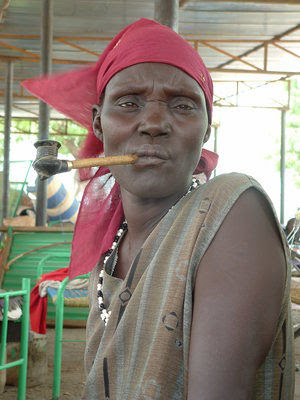 Cancer will overtake heart disease as the world's top killer by 2010, part of a trend that should more than double global cancer cases and deaths by 2030, international health experts said in a report released Tuesday.

Rising tobacco use in developing countries is believed to be a huge reason for the shift, particularly in China and India, where 40 percent of the world's smokers now live.

So is better diagnosing of cancer, along with the downward trend in infectious diseases that used to be the world's leading killers.

Cancer diagnoses around the world have steadily been rising and are expected to hit 12 million this year. Global cancer deaths are expected to reach 7 million, according to the new report by the World Health Organization.

An annual rise of 1 percent in cases and deaths is expected — with even larger increases in China, Russia and India. That means new cancer cases will likely mushroom to 27 million annually by 2030, with deaths hitting 17 million.

Underlying all this is an expected expansion of the world's population — there will be more people around to get cancer.

By 2030, there could be 75 million people living with cancer around the world, a number that many health care systems are not equipped to handle.

"This is going to present an amazing problem at every level in every society worldwide," said Peter Boyle, director of the WHO's International Agency for Research on Cancer.

Boyle spoke at a news conference with officials from the American Cancer Society, the Lance Armstrong Foundation, Susan G. Komen for the Cure and the National Cancer Institute of Mexico.

The "unprecedented" gathering of organizations is an attempt to draw attention to the global threat of cancer, which isn't recognized as a major, growing health problem in some developing countries.

The organizations are calling on governments to act, asking the U.S. to help fund cervical cancer vaccinations and to ratify an international tobacco control treaty.

Concerned about smoking's impact on cancer rates in developing countries in the decades to come, the American Cancer Society also announced it will provide a smoking cessation counseling service in India.

"If we take action, we can keep the numbers from going where they would otherwise go," said John Seffrin, the cancer society's chief executive officer.

Other groups are also voicing support for more action.

"Cancer is one of the greatest untold health crises of the developing world," said Dr. Douglas Blayney, president-elect of the American Society of Clinical Oncology.

"Few are aware that cancer already kills more people in poor countries than HIV, malaria and tuberculosis combined. And if current smoking trends continue, the problem will get significantly worse," he said in a written statement. 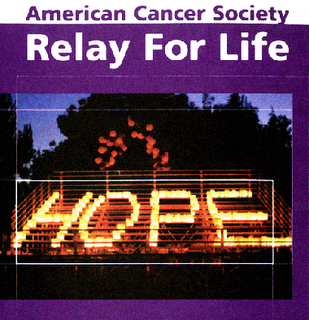 Publicly released November 25, the “Annual Report to the Nation on the Status of Cancer", reported something quite remarkable: for the first time in the ten-year history of these reports, cancer incidence and death rates for both men and women are declining. Though cancer death rates have been decreasing since the early 1990s, the new report highlights that cancer incidence rates are dropping as well.

American Cancer Society Relay For Life volunteers have been a critical part of the fight against cancer for the past 25 years and can take pride in the news that every dollar raised is helping to fund major progress in our mission to eliminate cancer as a major health problem.

Posted by Richard Lawry at 6:12 AM 0 comments That is why we are involved in Relay For Life. The funds raised at Relay events save lives by funding cutting-edge cancer research, early detection and prevention education, advocacy efforts, and life-affirming patient services. It is because of your involvement that we are able to save lives, help those battling cancer, and empower all to fight back against the disease.