Things the Tobacco Industry Doesn't Want You to Know 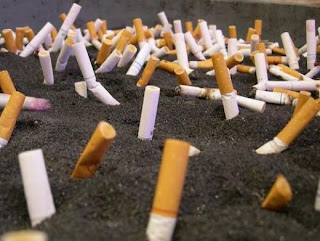 As Big Tobacco attempts to clean up its image, now is a good time to remind you of some facts the industry would like you to forget:

Smoking-related health conditions are a leading cause of death in the United States, accounting for nearly one of every five deaths annually.

Secondhand smoke accounts for approximately 50,000 deaths in the United States every year.

If tobacco farmers around the globe were to grow food instead, they could feed more than 70 percent of the world's 28 million malnourished people.

Big Tobacco companies market covertly to teens, despite publicly stating that youth should not smoke.

Each year, the industry spends more than $400 per customer on special promotions, coupons, mailers and other direct marketing efforts to make sure current smokers don't kick their addictions.

Now, companies are pushing expensive and unregulated e-cigarettes. What's more, e-cigarettes are offered in a variety of flavors that young children and teens could find especially appealing, like cherry, grape, vanilla and strawberry.